The Sweetness of Between-ness 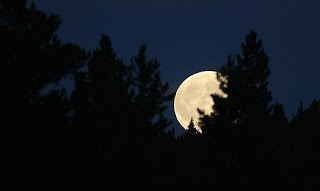 I write this from the Cleveland airport, where I wait in the in-between. The full moon has risen just over the terminal out this window, and it shines in that milky-yellow of harvest moons, holding its own and the sky above it that it will soon travel.

I travel home to Kansas soon, after leaving my other home, Vermont, where I spend an average of one month a year, although not any consecutive season. There's the green explosion of dark, late summer, an exhilarating leap from Kansas in late August where summer builds character (as we tell ourselves). In winter, I leave a Kansas landscape of muted black, brown and white for the white and green winter wonderland of Vermont, where no one lifts an eyebrow over a foot of snow. Then there's the autumn Power of Words conference, an event to grow Transformative Language Arts (TLA) that I started over six years ago and cajoled, organized, begged and pleaded into existence and continuation, despite bureaucratic obstacles, sudden presenter cancellations, and all manner of confusion about what I was doing.

But such confusion is to be expected when starting anything new. I was reminded of this the other day in Vermont when I went for a walk, somehow lost the trail, and finding 30 minutes' worth of thick bramble. The trek was an odd combination of pushing through attack blackberry bushes that left dozens of scratches on my legs, but occasionally presented me with a fresh blackberry, which led to an inner dialogue of a lot of cursing punctuated by ecstasy. Did I mention it was raining too? I experienced many thorny branches, some heavy rain, and great many wild blackberry moments over the six years of the conference and the 10 years of helping to found TLA.

What's sustained me most are those who also resonate with how our words, aloud and on the page, can change our lives, and how I've seen -- through TLA -- how a few people, and then a few more, and eventually a community can make something worth sustaining. I had always envisioned that a TLA professional organization would one day take over the conference, and that a group of dedicated people committed to transformative uses of language would step in and grow TLA. I also sensed, without yet knowing the form, that something else was calling to me, which I've since realized was simply a less-intense and more embodied way of being.

Now the dream I once dreamed solo is being sung in chorus. The TLA Network -- composed of past and current TLA students and others in this emerging field, profession and calling -- slow-danced through a mindful process to decide to take over the conference, hired a coordinator, and then stepped with great heart and deep thinking into making all of this happen. Heather Mandell, our marvelously gentle, wise and compassionate coordinator, began last spring , and she has been shadowing me since. The TLA Network Council members are already planning next year's conference with verve and creativity, wisdom and vision.

Last night our whole conference community sat in a circle in the moonlight after an astonishing "Coffeehouse of Wonder" (two hours of song, poetry, story, drama by some 24 participants) to sit in silence under the moon. The closing circle, held and led by Callid and Kristina Keefe-Perry in the Quaker tradition, brought us together in silence, complimented by the language by the wind and by any of us who felt so moved to speak.

As I sat there, looking around at the 50-60 people on chairs and the ground, between the Haybarn Theatre and the grassy hill that led to the dorms, everything framed by the swaying Firs and Pines, and the full moon, I k 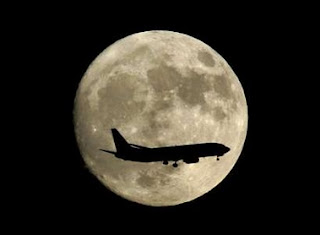 According to the airline representative who just spoke, that time is delayed about 37 minutes for me, but no matter. I'm savoring the moon, now higher and brighter, a full disk that carries me between that time and this one and the next, between those I love in one place and in another, between two lands that seem -- despite being 1,400 miles apart -- to be just over the bend from each other in my life. I am grateful for the stories -- and the power of words -- that link these lands like the same moon I can see from here, there and in-between.
Posted by Your Program or Project at 7:11 PM

What a tender, powerful way of speaking about your astonishing journey. And, what a gift you have given to so many of us by creating TLA and The Power of Words conference! The power, indeed.
Thank you.