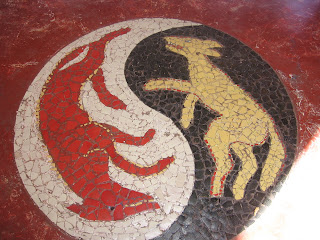 It happened again. Yesterday, the long-awaited email arrived from the agent reading my revised (as per her suggestions) novel. In short, she said one word: No.


Finding an agent is akin to being a teenager desperately seeking a sweetheart: “Yes, I’ll be whatever you want me to be, just say, yes!” After dating this agent for over a year (all those encouraging emails and lingering conversations), I was once again dumped, mimicking my previous dating-game-gone-bad love story with the agent before her. If there were such a thing as Literary-agent-eharmony, I would post an ad that read, “Sincere and hard-working writer, willing to listen to you deeply and edit until the cows come home yearns with all her being for long-term relationship with literary agent who tells it straight, loves my characters, and knows her way around a publishing house.”

Instead, I find myself once again matchless (not that I should complain – I feel like I was surprisingly lucky in love beyond the manuscript), and feeling like I’m failing. It’s not so much “failed,” as in the past tense, but more an ongoing process punctuated by doubt, fear, longing, anger at the publishing industry, jealousy when I stroll the fiction sections of bookstores, and an underlying sadness. The sadness is what catches me most and, in slow-motion, lowers me to the ground. There’s something about failing that feels like falling, and then lying quietly on the ground for a long time.

It reminds me of when I failed my Ph.D. comps – 12 hours of written exams over a three-day period on my four chosen specialty areas: American literary of the 20th genre, Emily Dickinson, poetry as a genre, and child birth imagery in contemporary women writers. After reading over 300 books, memorizing dozens of poems, and readying myself to speak at length on 50 poets from Chaucer to Leslie Marmo Silko, I thought I would leap and twirl through the exams like the Baryshnikov of the English department. Instead, I picked up the phone a week after the exam, holding my toddler son, and heard one of my most beloved professors on the other end, gently explaining how the committee unanimously failed me on each section of the exam. I put my son down, and although I was standing, I felt like I was sinking into the floor, laying face-down, seemingly unable to stand again for many months. 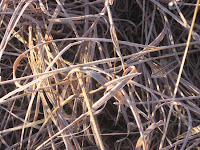 When I went into the graduate advisor’s office to sign the form that basically said, “I quit,” the advisor cagily suggested I sign another form that said I was taking a leave. “Who knows? You might wake up in a year and realize you can do this,” he said. I told him he was dreaming, but wouldn’t you know it? A year or so later, that’s just what happened. I realized that, although I knew the literature inside and out, I had been resisting putting my analysis of it into any kind of theoretical framework based on the irrational fear that to do so would compromise my poet’s soul.

After reading the likes of Rachel Blau DuPlessis and other feminist writers who presented theory with the poetry intact, I saw that passing the exams was a challenge of translation for me. I enrolled in an American studies course on literary theory, revisited the likes of post-structuralism, Marxism, reader-response theory, and assertions from the professor that everything – from the earth to love or spirituality – was simply a social construct. I disagreed mightily, but found the strength to stay put and listen to the language people used to discuss theory, in great part through a connection with a fellow student who felt, like me, that the living earth wasn’t a social construct. At the end of the semester, I re-took my Ph.D. comps, passing them this time, and polished off the dissertation I had almost finished before I took the comps the first time.

Had it not been for finishing my Ph.D., I would never have gotten into the door at , where I’ve now been teaching for 12-plus years, and where I’ve found my people academically and artistically. Had I not failed my exams, and learned that I could engage with theory without selling myself down the post-modernist black hole of pure nothingness, I would not know how to engage so deeply with students facing similar challenges. Failing broke open my heart as a teacher in ways that continue to teach me how to help others forge critical writing that’s honest, meaningful, and liberating for the writer.

But beyond the actual lessons learned, there’s also that sense of lying quietly on the ground, the same thing I feel each time a manuscript is rejected despite my jumbo-sized effort a 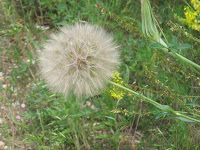 nd earnestness. I carry that sadness and close connection with the ground in my pockets and computer bag, finding it when I look for loose change for the parking meter. It’s not so much the sadness of plans not panning out, but something underneath the intentions and words, a kind of common ground that hurts a little to walk, and yet it’s also completely okay. It just happens to be where all of live in addition to the fields glimmering with light wind, sunlight and horizons that look like tourist outposts. Knowing that all over again feels sad, but also honest, meaningful and strangely liberating for the writer.

Photos of the ground: Top is floor in the HueHuecoyolt (Spanish for old, old coyote) ecovillage community center, middle is prairie in winter, bottom is prairie in late spring.

Posted by Your Program or Project at 9:45 AM

there is no joy in victory without the agony of defeat.....so it goes, but it would be ok with me to skip the defeat part as well. You will get your book published, it is written in the stars.

well, caryn, i know i don't have to say this, but we both know i'm gonna' say it anyway: the difference between "failing" and "falling" is that "failing" has "i" in it. would you like to get a consonant for free or buy a vowel?

enjoyed the way you liken finding a literary agent to finding a sweetheart. it's a perfect example of catch-22, isn't it? we sweat vowels trying to find our own way of putting down on the page what we see/feel/hear/imagine/think in a way that makes us read it later and say (as we sit a little straighter) "now THAT's what i'm talking about." then once we've done that, bless goodness if we don't have to turn right around and go out and find somebody who reads what we've strung together and says (while sitting up a little straighter) "now THAT's what i'm looking for."

what a game we writers play.

anyway, enjoyed the way you put it all in perspective for yourself and for us, too. just lay there in those fields a while longer, then get yourself up, put on your miz scarlett britches and declare "fiddle-de-de."

or maybe you want to go with mr. rhett and declare "frankly, my dear, i don't give a damn."

I always appreciate people sharing stories of failure and how they survived it (which is the truly important part).

Keep searching, take heart, and know that a long gestation makes the birth that much sweeter.