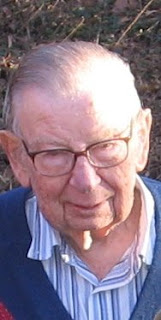 Today my father-in-law, Bill "Gene" Lassman, died at age 83 after many years of severe health issues and breaking his hip two days ago. While there's a lot to be said about how hard he struggled, how long he outlived all predictions, how strong his spirit was despite the frailty of his body, and the details of his dying, I want to focus here on what Gene meant to me.

I met Gene when Ken and I started dating in 1982, and the first thing he told me, when he was giving me a lift back to town from the country, was how sorry he was for accidentally running over Ken's dog when Ken was a boy. This may seem an odd way to get to know each other, but it showed me right away that being a good father was at the core of who he was. That core glowed around his children and grandchildren, all of whom were surely the light of his life.

Having grown up with an difficult father who was only about emotionally mature as a sullen 12-year-old, it took me a long time to really understand just how loving Gene was. Over the years, it began to sink in: when he rocked my babies to sleep and held them for hours, when he babysat and drove around my kids; when he dressed up and got his portable oxygen to see any performance the kids were in; when we were broke and he lent us money; when we were exhausted and he invited us over for dinner; when he went out to buy me jumbo maxi pads after I gave birth; when he left roses for me in a vase on my kitchen table because they were on sale, joking that his no-good son didn't buy me flowers so he needed to. Gene turned upside down what I knew about men of his generation just as Ken turned upside down what I knew about men in general. 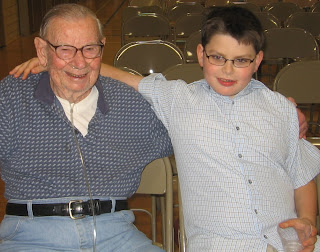 His generosity extended itself well beyond the family. After 38 years of teaching printing at the high school -- which, in the early days included many kids who didn't fit in elsewhere -- he retired, but found friends everywhere he went, who called out, "Mr. Lassman!" He spent a lot of his retirement going from one supermarket to another, to get the bananas on sale here, the milk on sale there, but mostly just to be social. I didn't really understand why he shopped so much, but he once told me that if he could help a checker at a grocery store or janitor in a department store feel a little better by showing them friendliness and kindness, that made his day. It obviously made the day of a lot of other people, the ones we often don't see as we rush from one thing to another.

I'm in the odd position of writing this from Vermont, 1,400 miles from home, Ken, and our kids, but I'm flying home Saturday in time for the funeral, burial, and sitting shiva. Although Gene wasn't Jewish (Lutheran turned Methodist), I look toward my own tradition's way of opening up space to feel the loss, and from far away, I say Kaddish for him. This poem, which a good friend sent me, speaks to my soul right now. 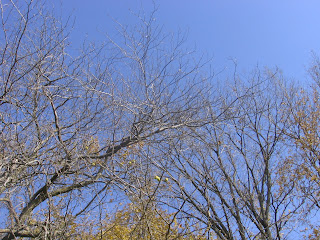 Look around us, search above us, below, behind.
We stand in a great web of being joined together.
Let us praise, let us love the life we are lent
passing through us in the body of Israel
and our own bodies, let’s say amen.

Time flows through us like water.
The past and the dead speak through us.
We breathe out our children’s children, blessing. 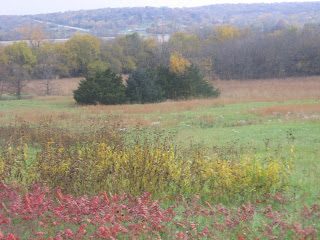 Blessed is light, blessed is darkness,
but blessed above all else is peace
which bears the fruits of knowledge
on strong branches, let’s say amen.

Peace that bears joy into the world,
peace that enables love, peace over Israel
everywhere, blessed and holy is peace, let’s say amen.

~ Marge Piercy
Posted by Your Program or Project at 3:21 PM

What a beautiful tribute to an incredible man. Love to you and your family.